Which Open Source Projects Should You Contribute To

Open Source isn't all equal. Contributing to wrong projects won't bring you many benefits, so deciding how you invest your time is important.

I don’t remember which audiobook I heard it from, but the author stated we all seek and are directed by four things: status, power, money, and popularity. Working on software is no different: people don’t spend their private time in front of the computer hacking code without a reason. 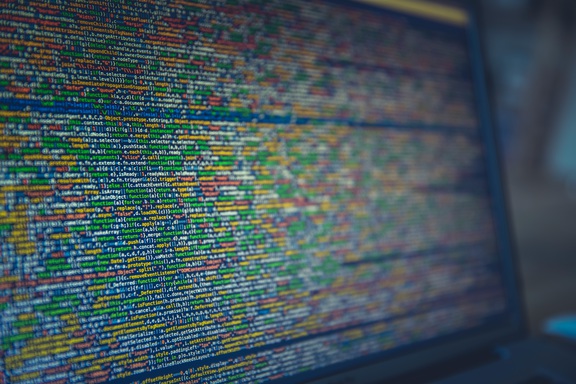 You must like to get critique from people who read your code, since it improves your skills. After you bring changes and the people like them, it brings all of your “ratios” higher too. Another example is when your projects reach certain level on maturity and you get recognized by other hackers (through GitHub stars) when they like the program you wrote or the tool you’ve hacked. Personally I get a spike of motivation that way. It’s one of the things that keeps me going with my Open Source.

My view is that it’s positive–contributing to the Open Source makes sense, after all. Most of the time. Here we will talk about projects which you should focus on, depending on your goals.

Status: using Open Source to get a real-world experience

For real-world experience, you must find big, well-established software projects. They must have many people contributing. The structure of the project must be figured out. The whole ecosystem behind the project must look fairly serious. Very often on the website of this project you’ll see a name of the foundation slapped somewhere down to the bottom.

Here’s the reasoning behind all of this: it must have signs of similarity between typical commercial setting, where software engineers work for the company. You’ll experience the same benefits and the same frustrations as if it was your job. Examples of such problems are: responsible party doesn’t like your code. Such person can be hard to get to, be busy, unwilling to help you, have issues understanding you and your goals. These problems are present in everyday life in the life of the software project, and if you manage to handle all of it, it’ll be a good indicator on how you’ll like working in a software company.

For this you’ll seek software that executes a lot. Sounds funny? Well, the truth about “normal” everyday software is that however you write it, it’s likely to be fast enough. No optimizations, no special algorithms. Default boring algorithms from the standard library of Python or Ruby will be fast enough for 70% cases of your problems. These 25% of cases are where going to something like Go, Rust, C++ or finally C might be worth. For the cost of 3x of software productivity you’ll get something that is anything from 2x to 1000x faster.

Finally comes something I’d call ‘5% software’: compiler, interpreter or operating systems code. Code executed hundreds times a second, always, for every program you run on your machine. This is where you’ll see fast algorithms, multi-threaded code, a lot of performance hacks. Implementing those here makes sense, since they’ll save you hours of computing time, if you look at it in 8hr/day perspective.

Popularity: getting recognition through Open Source

Example any of the above, really..

To be able to get recognized in the Open Source community you’ll have to stick to one thing, possibly for extented period of time. We’re talking years, instead of months. This will require patience, and being able to:

Another idea is to get to the big project, figure out what the burning issues are, and attempt to solve them. Another plus you get if this is something boring or hard to do. Something other people aren’t willing to tackle in their free, unpaid time. For example a large number of Open Source projects aren’t doing a great job at testing, so if you offer your hand in testing the code, people will be thrilled.

Money: getting a job with Open Source

In 2010 I’ve gotten a job because of a very little number of Open Source contributions. The thing is that other people who applied had none, as far as I was informed. Out of my commits which I could show, some of them were commited to a bigger projects. I guess it was enough to show I’m capable of reading large chunks of code.

Sometimes just mere interest in Open Source could help, because many companies didn’t know how to handle Open Source software.

The yardstick may be higher for some companies though. Open Source infiltrated many software houses after all, so just showing couple of contributions to Hadoop when you apply to Facebook may not be enough. But there’s another way…

Established software companies publish code. A lot of code. If I were an manager on a team with some Open Source code published, my top priority during hiring would be to reach out to my engineers and pick people who contributed to our GitHub repositories. Why?

People who sacrificed their private time to come to our GitHub repository, read the code, try it out and maybe improve it definitely have some skill and, more important, some interest in what my team does.

Hacking software long-term is a lot of work, and it’s nice to be concious and aware how and why you channel your creative energy towards some things, and not the others, and I hope this article was useful. Let me know if it had influenced your decision in any way.